SUSTAINABLE DEVELOPMENT: FROM WORDS TO ACTION 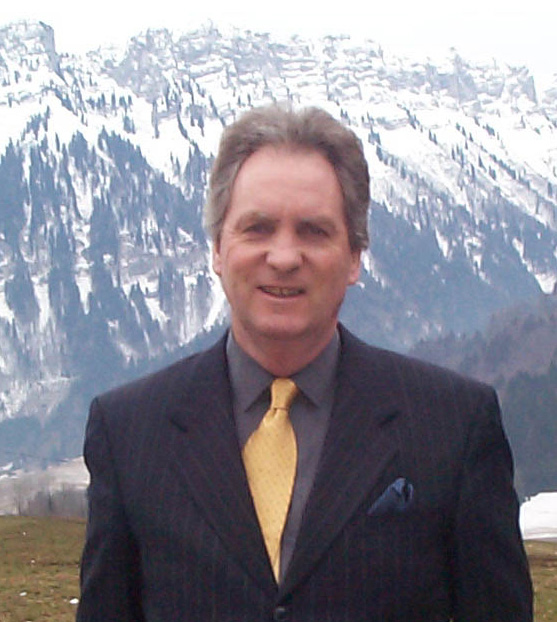 Abstract:  The notion of sustainability has entered the development lexicon. Michael Hopkins asks why it took so long and how the idea has been transformed in its encounter with reality. [Note: article originally appeared in Open Democracy]

If the word “sustainable” is seemingly everywhere, it was made possible by the World Commission on Environment and Development report published in April 1987 by a team led by Gro Harlem Brundtland.  Our Common Future was a landmark document that brought environmental concerns and their link to social and economic development to the forefront of understanding of global problems. The report launched the notion of”sustainable development”, defining it as “development which meets the needs of the present without compromising the ability of future generations to meet their own needs”. The report was essentially about the environment while being well aware of the links to social and economic processes. It also addressed the issue of global warming, though only as one of several long-range issues; and its public impact was not helped by the heavy language used in United Nations reports of the time.

Its published life became part of a period of hope that included the fall of the Berlin wall and Bill Clinton’s elevation to the presidency, whence he went onto commit the United States to the Kyoto agreement on reducing carbon emissions, a key plank of sustainability. This was followed in turn by another defining moment: Al Gore’s loss of the White House to George W. Bush in 2000, ushering in an era of woeful ignorance under the then US administration (shared too by major culprits in the global south). President Bush abandoned Kyotoas one of his first acts after inauguration in 2001, with the proviso that he would come up with something better. This fell to circumstances as yet another dismal contribution of his administration to world development.  The Presidency of Obama also tried to raise the issue with disappointing results as he struggled with other, more short-term issues.

Nevertheless, there is no doubt that the sentiment of”sustainable development” has passed into common use – language monitor finds that”sustainable” was the top word in 2006 and the phrase ‘climate change’the top phrase over 200-2010.  The sustainable definition runs:

“Sustainable -Originally a ‘green’ term has moved into the mainstream meaning ‘self-generating’ as in ‘wind power is a sustainable power supply’. Can apply to populations, marriages, agriculture, economies, and the like. The opposite of ‘disposable’.”

The concern that rapid economic growth could lead to environmental devastation was the theme of the Meadows report in 1971. It was a work that changed this author’s life when Jorgen Randers, co-author (with Donella Meadows and Dennis Meadows) of the seminal 1972 text, The Limitsto Growth, spurred me to explore global models and led me to join the Meadows’ team briefly to learn their techniques. That work resulted in my researching global employment models with the United Nations for twenty years and eventually in my fascination with corporate social responsibility.

The notion of sustainability also led the United Nations Development Programme (UNDP) to add the word “sustainable” to its new found (1990) term “human development” to produce – lo and behold -“sustainable human development”. My own advice to the UNDP was to stop adding adjectives to the word “development” since that is a term also very difficult to define – even though everyone probably feels they know what it means.  In fact I would define development, following my mentor the late Dudley Seers who founded the Institute of Development Studies at the University of Sussex, as maximising life expectancy at birth.

In the midst of these definitional uncertainties, did the Brundtland report have any impact?  The notion of sustainability has undoubtedly passed into common usage. It appears to crop up everywhere, yet its impact only started to materialise in the early 2000s – fifteen years after the report’s publication. Even its early warning about global warming has only recently entered into the public consciousness. Despite evidence of increasing sea temperatures,and the reducing polar ice-caps, the real trigger-point to set the world thinking about global warming was probably as late as October 2006, with the publication of the Stern report on the economics of climate change.

A number of elements have contributed to this – if it indeed becomes so – “tipping-point” of social awareness. Al Gore’s Oscar-winning documentary An Inconvenient Truth is just one index of the fact that global warming, a failure of sustainable development, is at least being taken seriously, albeit haltingly, in the country responsible more than any other for greenhouse-gas emissions. Gore testified on the urgency of climate change before both houses of Congress, calling on the US’s elected representatives to find “the moral courage to rise above politics and redeem the promise of American democracy.” The former vice-president then offered a series of bold initiatives designed to reduce America’s CO2 output by 90% by 2050.  President Obama’s own efforts have been hurt by stolid opposition from a Republican party oft-cited as the party of ‘No’.

More than the environment

The term “sustainability” has been applied to more than environmental considerations. Yet it seems to be a human phenomenon to worry more about future calamities (such as global warming) than current ones. The disasters of underdevelopment have been evident at least since 1945.  My book CSR and International Development – Is Business the Solution? points out that theUnited Nations, set up in 1945 to resolve world problems, has spent around $1 trillion ($1,000 billion dollars) in development aid, yet 2.65 billion people – or nearly half the people on the planet – still live on less than $2 a day, and the figures have grown since the mid-1990s.

In recent years, the “sustainable” idea has appeared in the corporate world as businesses adopt the notion of corporate sustainability- which in turn is closely linked to the popular concept of corporate social responsibility (see www.mhcinternational.com). The work of John Elkington (of the consultancy SustainAbility) has been instrumental in this process – not least in his book Cannibals with Forks, which introduced the notion of “triple bottom-line reporting”. The latter concept is not without its critics. The attempt to include non-financial elements into the world of accounting is welcome, but many wonder whether giving equal weight to the economic (including financial), social and environmental in determining the shareholdervalue of a company may antagonise businesses to the extent they will throw the social baby out with the (presumably less than pristine) bathwater?

There is increasing evidence that consumers will pay additionally to reduce adverse effects – witness the increase in Fair trade and the fairly subdued response to the so-called rising airline “carbon taxes”. But basic economics teaches that an emphasis on corporate sustainability (CSu) will lead to price increases that may not allow the specific markets for a company’s goods and services to clear.

This can be illustrated by considering two companies producing similar products: Coca-Cola and Pepsi-Cola, for example, or Shell and Exxon.  One company has a vigorous CSu policy – a manager appointed to deal with CSu, production of a social report, staff trained on CSu issues, a clear code of ethics, stakeholder needs addressed regularly. The other company does the minimum – only takes on board good corporate-governance guidelines when legislation insists, considers pro-active human-resources policies to train people the minimum to do the job well, merely observes environmental regimes passed into law, consults as few stakeholders as possible.

Yet economics does allow price increases and markets to clear if product quality increases. Thus there is a CSu premium (i.e. an additional benefit because of CSu earned by firms or appreciated by consumers and other stakeholders) that can be earned by firms on such items as product quality, employee productivity, and consumer satisfaction. Therefore, the additional CSu costs could well be cancelled out by consumers accepting to pay for this additional premium or through prices being positively affected by the additional efficiency that CSu is likely to bring about.

Evidence for this positive CSu premium is growing. For instancethe British-based Co-operative Bank sought to distinguish itself from rival banks by stressing its socially responsible credentials and it has frequently announced record profits. The Co-op bank’s continuing success shows that consumers will be comfortable in paying a premium to socially responsible companies that espouse sustainability.,

Undoubtedly, the Brundtland report raised a number of pertinent issues that are still present today. That it took so long for action around sustainable development to be launched shows that even key issues often need long-term planning, patient organisation, hardwork, and good (or bad…) timing before they move onto the global agenda. It is regrettable but true that the process seems also to require a few disasters to help awake the world’s population from its slumbers.

By contrast, the catastrophe of endemic, routine underdevelopment wakes a few souls from time to time but the urgency has never been there. Perhaps the concern with global warming, now known as climate change, may spill over into sustainable development for all?  I am not optimistic….Gro, we still need you!

Michael Hopkins is Professor of Corporate and Social Research at Middlesex University Business School, Founder of Executive Educational activities on CSR at the University of Geneva , Switzerland and Managing Director of the CSR advisory company and think-tank MHC International Ltd. His books include The Planetary Bargain: Corporate Social Responsibility Matters (Earthscan, 2003) and Corporate Social Responsibility and International Development: Is Business theSolution? (Earthscan, 2006)

“The politics of responsiblebusiness“
(31 January 2007)