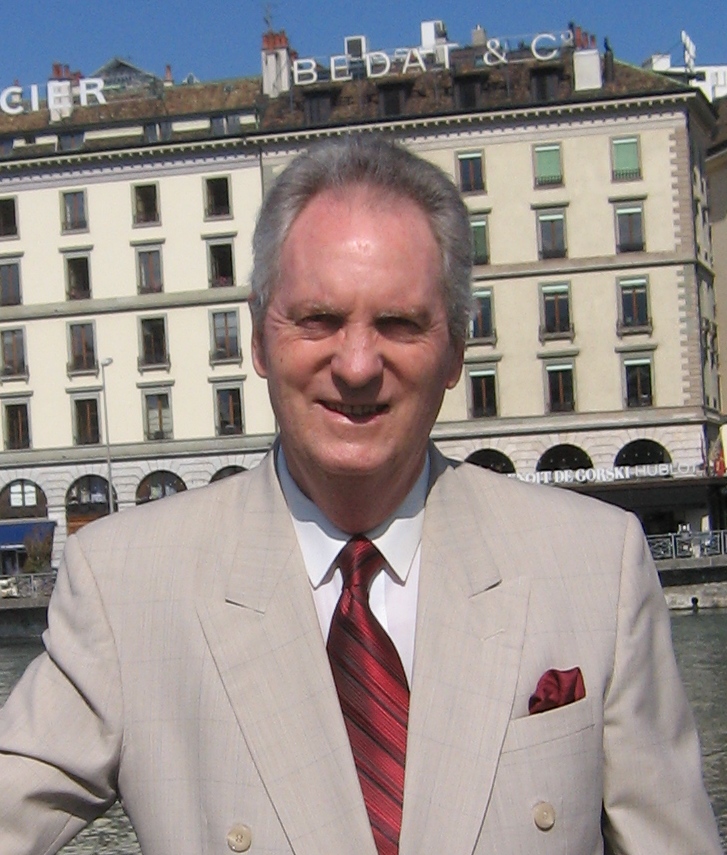 Abstract: Global Warming discussions are everywhere.. The other great catastrophe is already with us – that of under-development and poverty but it is difficult to sustain interest.

Do we have the right catastrophe?

Global warming is one of the biggest challenges of our day, a potential catastrophe that could be apocalyptic in its impact. Its climatic changes have the potential to inundate huge areas of the world and to affect all peoples through changes to food provision, water availability, the spread of disease and mass migration.

The greening of our planet, essential to reduce global warming, is an issue for all of us, whether in the developed or under-developed parts of the world. It is, rightly or wrongly, the biggest issue of the day. Institutions all over the world are examining their green credentials and some companies, in recent months, are looking more closely at their carbon footprint than at their social, economic or ethical responsibilities. Corporate Social Responsibility (CSR) caught on at the turn of this century and that has led to something like 13,000 social (sustainability, corporate responsibility, CSR) reports to date, showing how important this issue became. There has also been the inevitable backlash and companies now seem eager to address their carbon footprint as their new CSR focus even more than their social and ethical footprint.

The UK Stern Report, coupled with Al Gore’s documentary An Inconvenient Truth were probably the double whammy watershed which raised the level of consciousness about global warming and the need for us to act now – particularly in those parts of the world where there is a free press so companies (as well as international organisations such as the UN and governments) are eager to show action.

Pictures have always had a more powerful impact than words. The two pictures below [to be added] illustrate this neatly. What is more heart wrenching than seeing polar bears clinging to a melting ice flow, with the implication that they and the rest of their species are doomed? The second picture shows human suffering but we have become inured to the tragedy of such pictures, because we have seen so many of them for decades, from Biafra to Somalia, from Haiti to Gaza. The suffering of polar bears capture our imagination and influence public opinion and, consequently, willingness to pay. Clearly this also affects a company’s reputation and explains the rush to corporate sustainability focusing upon carbon footprints.

There is hardly a murmur when green taxes are vaunted for airlines. Yet the 1% tax on currency exchange (the Tobin Tax) for development has not taken off, the reader has probably never heard of it and it is probably going nowhere.  One of the major targets in the Global Warming debate is aviation. Yet aircraft emissions are barely 2% of world CO2 emissions and billions are being spent by airlines and engine manufacturers to improve efficiency.

Pigs and cows don’t fly, but in France (ably supported by massive subsidies from the EU) there are 20 million cows that produce, according to a researcher at the Climate Mission at the State-owned bank Caisse des Depots, an astonishing 6.5 percent of national greenhouse-gas emissions.

There is more worry about French farmer’s obsolete jobs than the fact that the massive subsidies mean much higher food prices for us all, as well as more cows and more CO2. Yet these subsidies, and associated import controls, deprive developing nations (including Poland) the right to export milk products to France. How come this has not become a major issue for the campaigners? The target is too difficult and pictures of French cows are quite nice really and methane is colourless!

Of course, much needs to be done to reduce the negative effects of global warming even though most of these negative effects will kick in in the future. Moreover, those already poor – in low lying areas of Bangladesh, living in mud huts in precarious surroundings in Afghanistan, packed ten to a room in Male in the Maldives etc etc – will have any fragile recovery negatively affected. Thus Global Warming will, exacerbate poverty and under-development. Environmental degradation, too, is greatly encouraged by poverty and under-development. Clearly, therefore, the two catastrophes are inextricably linked. But, is a concentration on a future catastrophe more important than the development problems that have faced us for decades?

This is my concern. Both are important, yet the future one gets much more press than the past and current one ever did!

The existing catastrophe and the future one

A team at MIT led by Dennis and Donela Meadows produced the Club of Rome report ‘The Limits to Growth’ in the early 1970s. It took the world by storm as computer simulations showed that rising economic growth coupled with rapid population growth would lead to catastrophe by 2050 through either environmental pollution or economic collapse due to natural resources running out. Analysis of its projections by a team at the University of Sussex (of which this author was one) showed serious flaws in the computer simulations. Their work was followed by a UK Department of the Environment report that argued that trends cannot be simply extrapolated since the world would react through innovative technologies and substitution of one raw material by another as relative prices changed. The world then breathed a collective sigh of relief and carried on with business as usual .

Nevertheless the basic point remains that our planet has limited resources and that forward thinking plays a crucial part in human endeavour. For instance, substitution between oil and alternatives takes much time and the fact remains that even today a litre of petrol (gas) costs much less at its retail stage than a litre of bottled water. Thus current prices are not necessarily the best signal for urgent actions. Taking into account only prices, as vaunted by the economic establishment today and their aficionados, the politicians, may give their signals too late for us to act. All this means that the threat of a major catastrophe, signaled by some of the best minds in the world, implies that we must act now since the risk of not acting could be greater in human suffering than doing smaller, less costly things now.

Some of these smaller things, however, tend to produce great inconveniences. The substitution of oil with ethanol has not been without problems for the environment and some commentators, like George Monbiot, fear that the marketplace will convert crops to fuel for the rich, while the poor starve and biofuels cause environmental problems. Wikipedia notes that it ‘is unclear how this would be different from the current situation, as most food crops are grown and exported to richer nations, and neglects the very real environmental problems that the burning of fossil fuels causes.’

The under-development catastrophe has been with us for generations. Some progress has been made but new surges, such as HIV/AIDS and religious conflicts continue to inflict cruel blows to the under-privileged of the world. It was bad enough dealing with incompetent dictators such as Idi Amin and Robert Mugabe let alone military-industry dominated ‘democrats’ such as George Bush. But the new focus on global warming is taking emphasis, and perhaps funds, away from development.

As I discussed in my book ‘CSR and International Development’ any progress that has been made toward poverty reduction in the last decade has been driven by advances in East Asia and South Asia, home to China and India. In all these areas the private sector has been the prime mover. Not necessarily from overseas, but through major investment in human capital and allowing local markets to flourish.

The African region, and sub-Saharan Africa in particular, has been, and continues to be, a major failure. The Sachs authored UN Millennium Development Goals (MDG) report showed Africa falling behind in meeting the MDGs on almost every dimension of poverty. Between 1990 and 2001 the number of people living on less than $1 a day in sub-Saharan Africa rose from 227 million to 313 million, and the poverty rate rose from 45 percent of the population to 46 percent. In the 33 countries in tropical Sub-Saharan Africa, according to World bank figures, the average GDP per person is only $270 a year, a mere 71 cents a day. If we raise the poverty line to $2 per day then 516 million or 77% of sub-Saharan Africans lived in poverty in 2001, up from 75% in 1990!

As I argued in my book, the UN (including the World bank and the IMF) has been a miserable failure in its many attempts to reduce poverty and under-development and we must turn to the private (particularly the corporate) sector. This is because the UN does not want for trying, nor does it lack ideas for resolving the problem of under-development and poverty. It simply does not have the cash to do very much and is very much a political football. The private sector, particularly the large corporations, has the cash and has started to use it in the service of development. My main concern is that the future catastrophe will lead corporations to focus more on their carbon footprint than on their development footprint. My fear is that the huge industry being developed to green the planet will divert attention from the catastrophe that has been with us for far too long, that of poverty and underdevelopment.

I urge all those concerned with the future catastrophe to include action both for Climate Change issues and for Development, as they are closely linked and both, if not addressed, will give rise to grievous problems for us all.